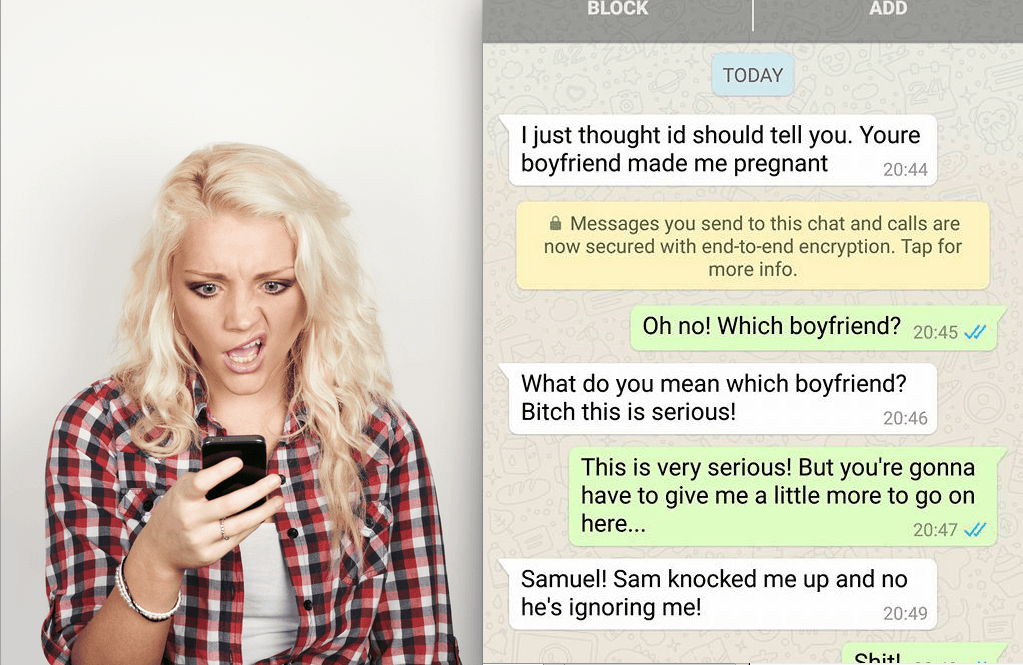 That’s all we have to go on, but the story pretty much tells itself. 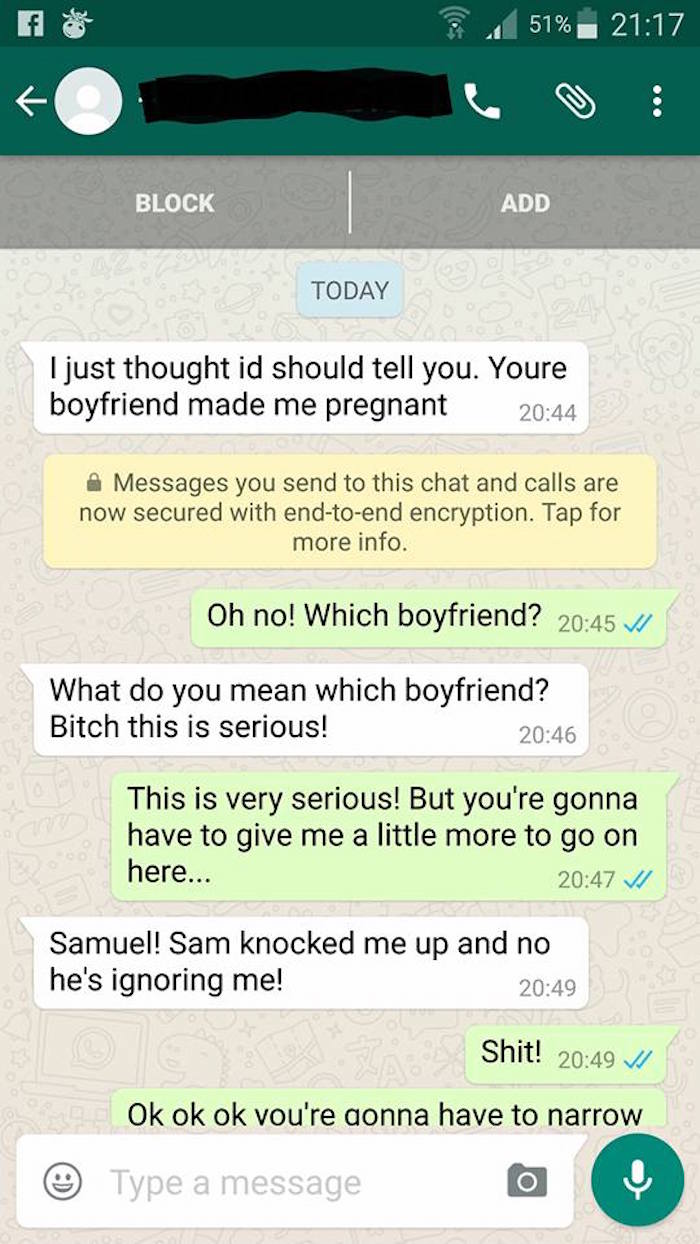 So the comedian on the receiving end starts asking what Sam it could be, texting pictures of characters like Sam from Supernatural. 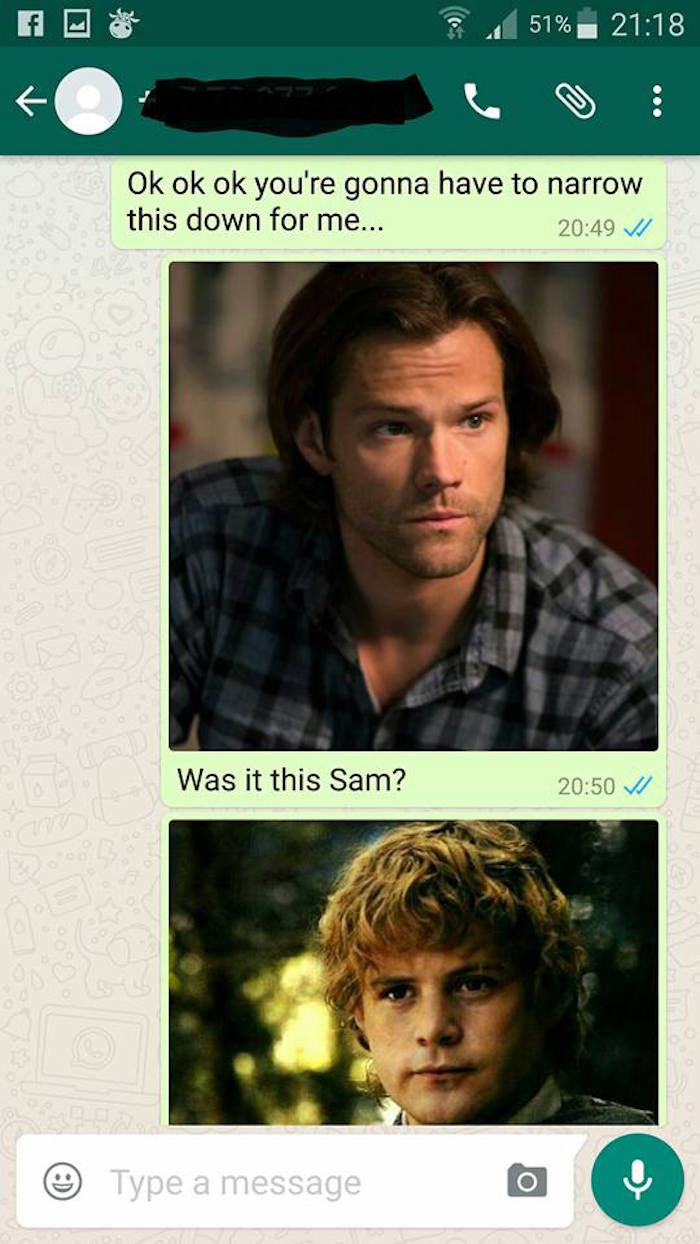 The side chick can’t believe “Sam’s girlfriend” isn’t concerned about the situation, and decides it’s because she is “crazy.” 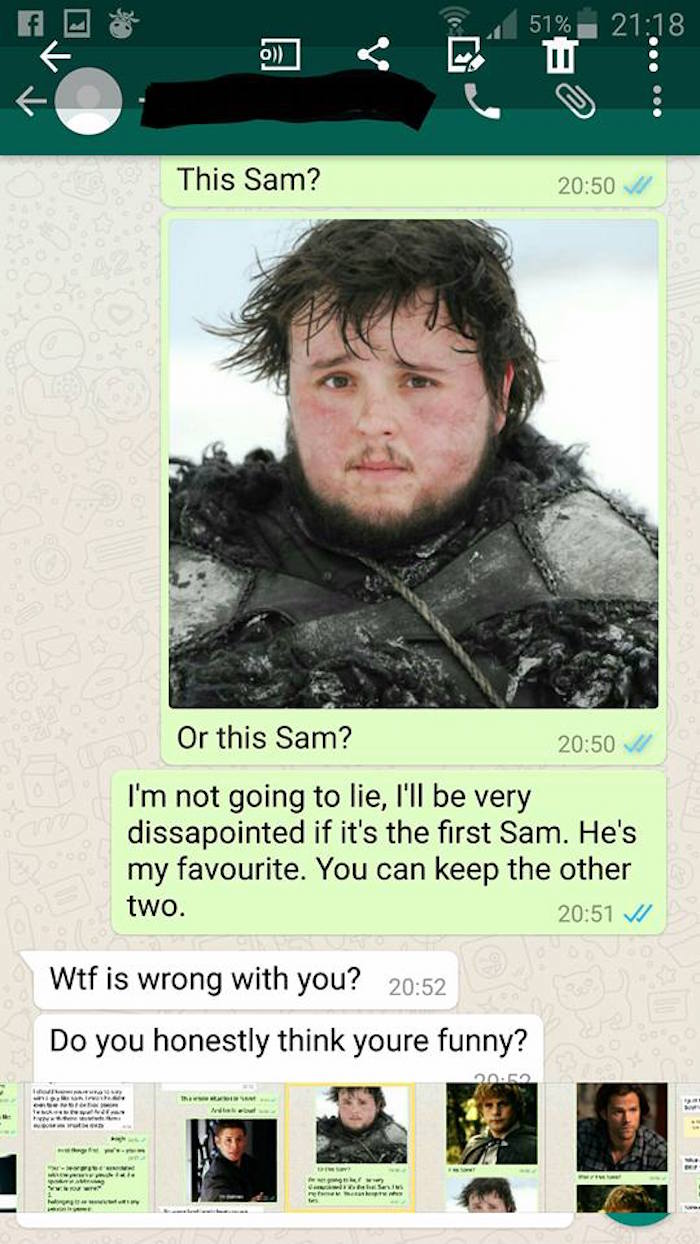 Whether or not the recipient wanted it, this has escalated into a full-on text war, complete with dope memes. 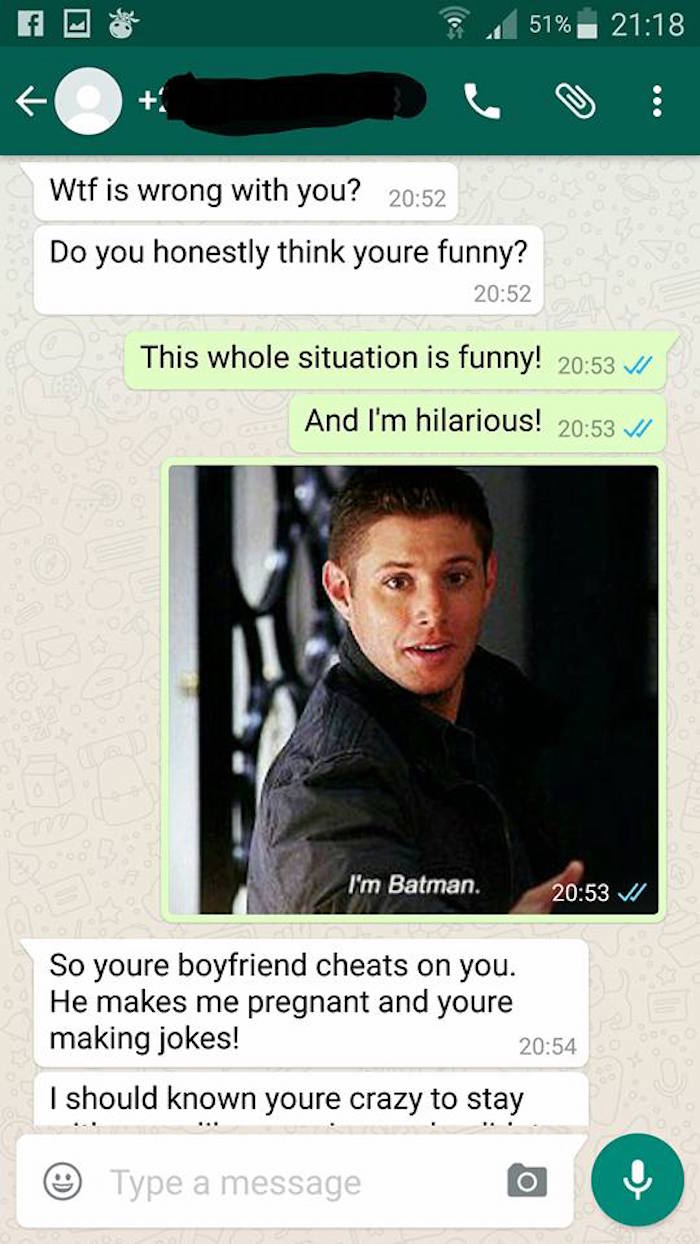 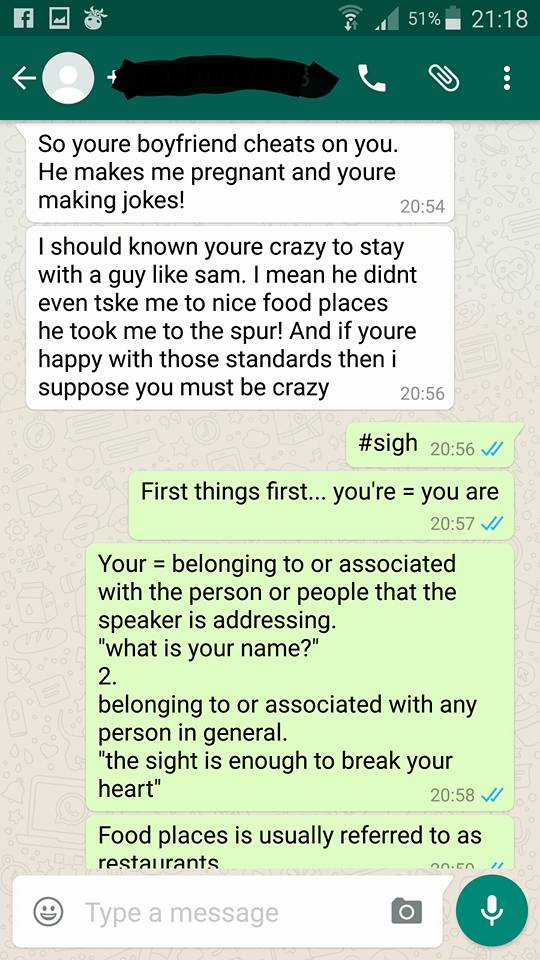 Grammar is important and “food places” are generally referred to as “restaurants.” 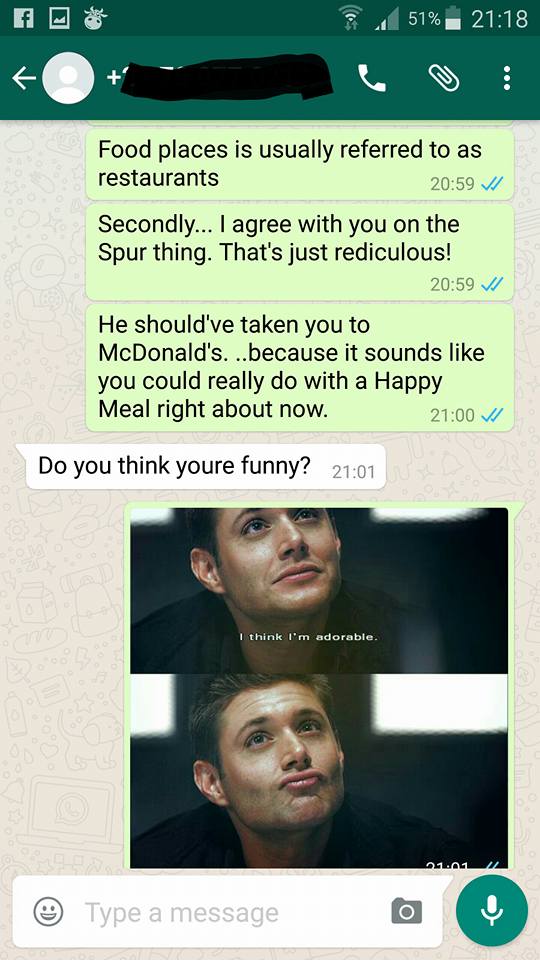 It’s at this point side chick can’t deal and asks if the recipient “has” Sam, to which our hero responds that Sam’s been locked in the trunk (boot) of the car. 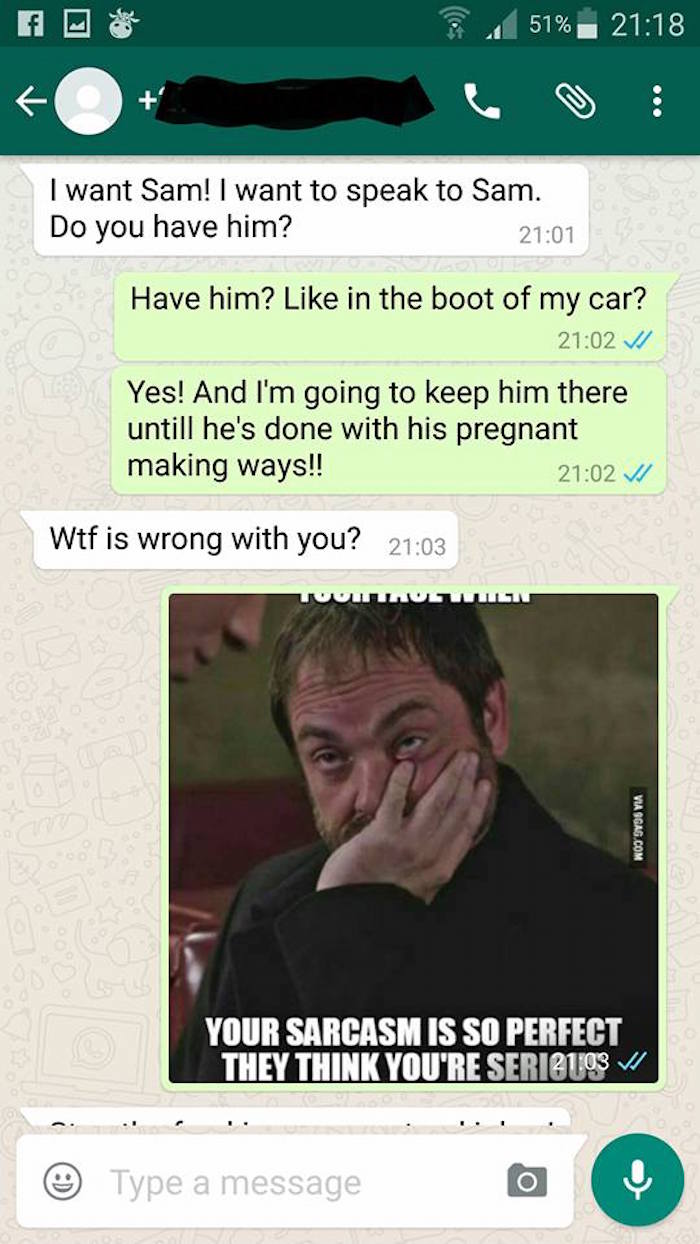 But at least he would stay out of trouble. 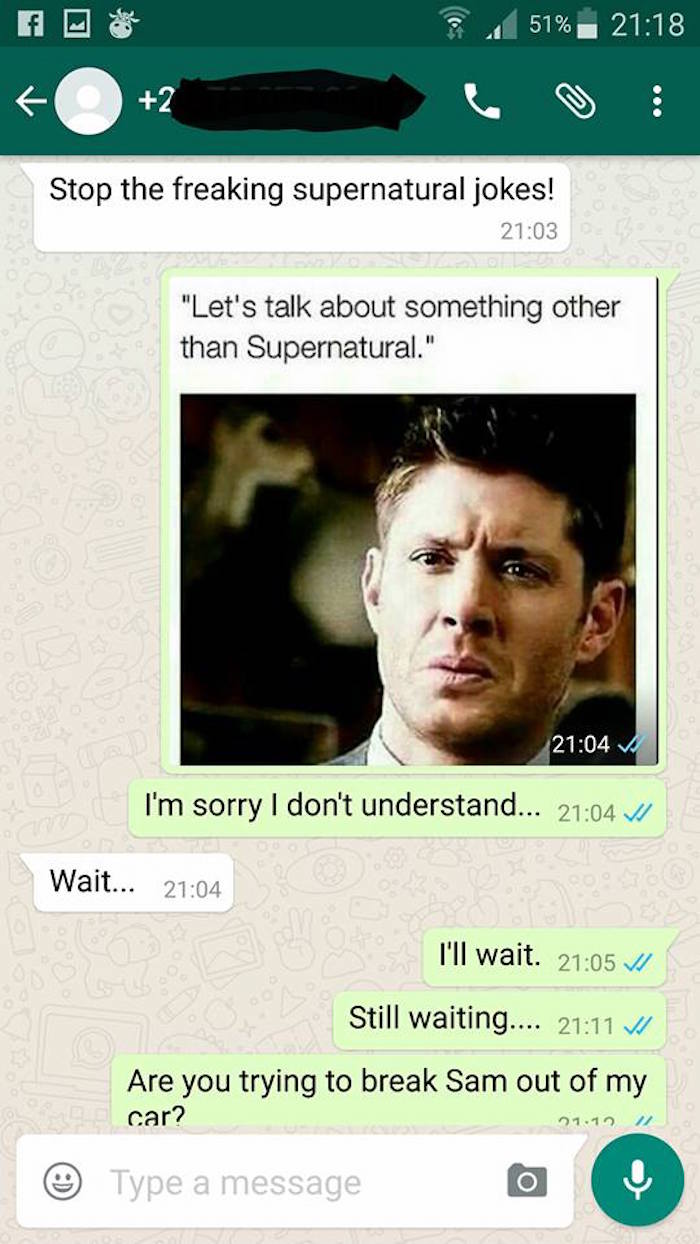 And BINGO! Ya think? 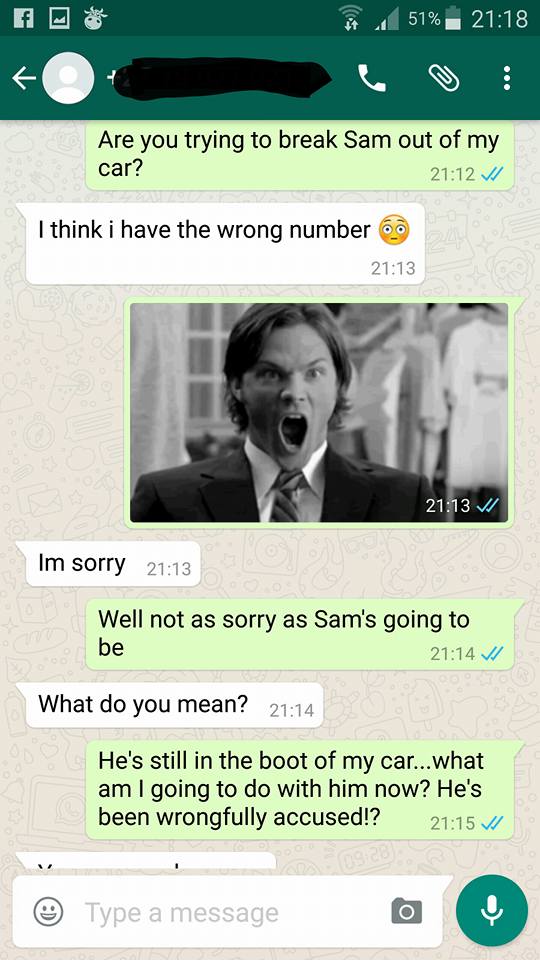 At the end side chick apologizes, but not without parting shots on both sides. 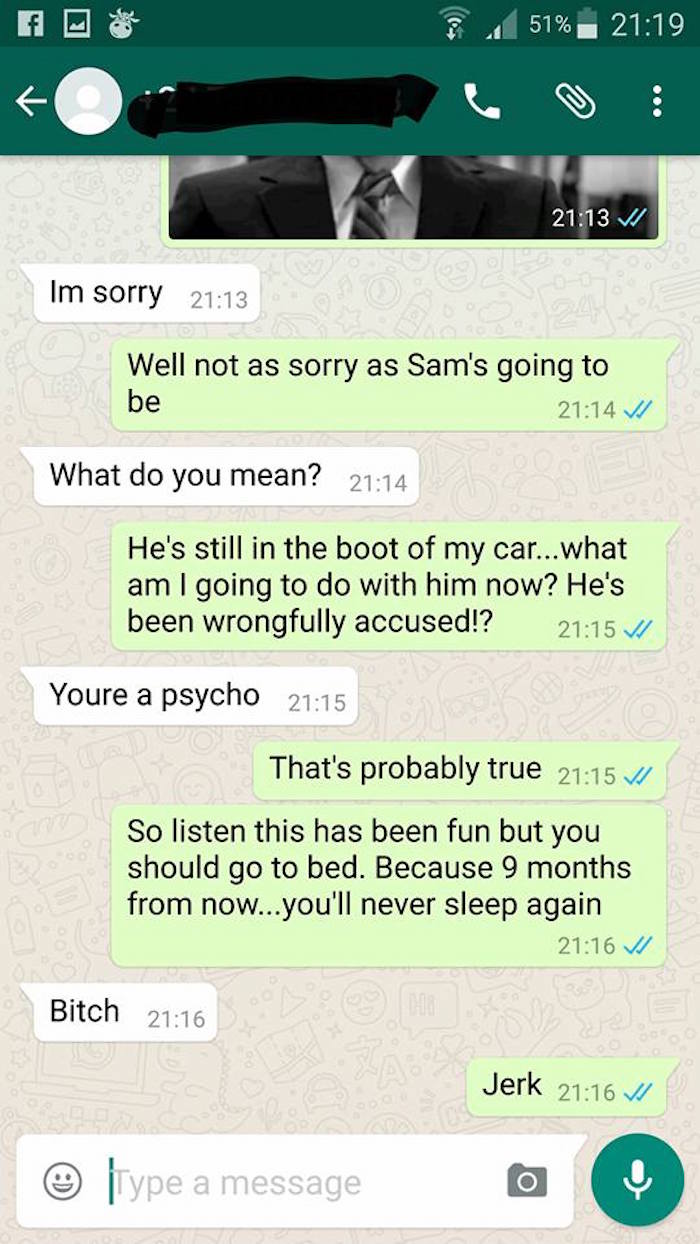 She doesn’t seem too worried about him, but from how he’s described, he probably wasn’t a winner.

At least she could spell “psycho” correctly.